On a summer’s day, there is no where better to be than swimming outdoors. Last weekend, I took a refreshing dip in the Thames for the Club to Pub swim.

The unique appeal of this event is that the 1500m swim course goes from Henley Rowing Club to the Angel on the Bridge Pub. On arrival at the pub you are presented with a specially brewed bottle of Two Bells beer, a bottle-opener medal and a burger from the BBQ. What more could you want!

A relaxed evening event made a change from the usual frantic early morning race start. It allowed plenty of time for parkrun in the morning then a drive over to check into our hotel in nearby Sonning. Glen and I ate and relaxed by the river before meeting friends Amy, Annie and Olivia, plus supporters Matt and Spencer. There was a great atmosphere at the rowing club as we waited for the race briefing. The warm weather had attracted a record number of entries with just over 500 swimmers. 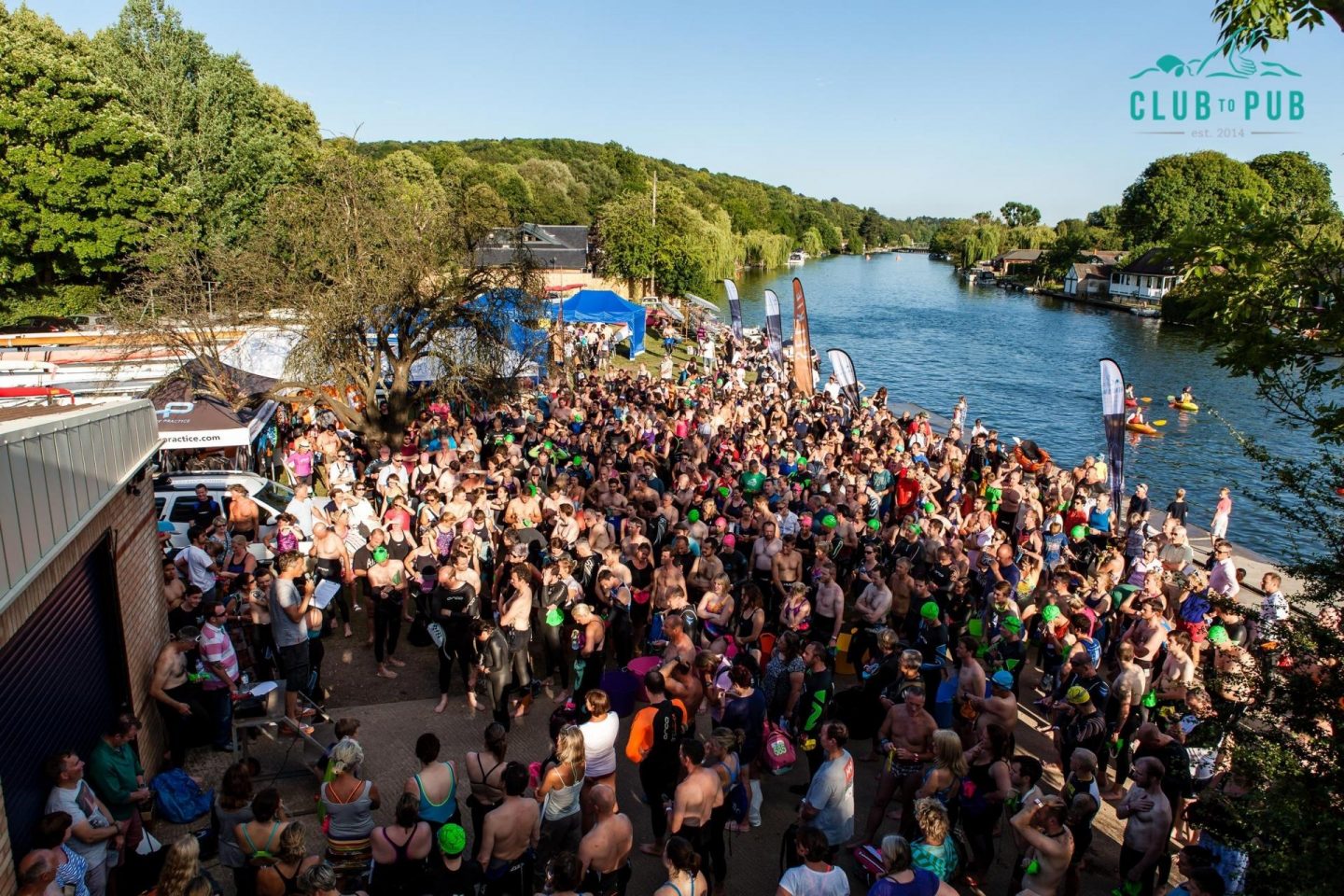 The water temperature was a balmy 21c, so I did consider ditching the wetsuit but decided to keep it on for the added buoyancy. I was sweating in my rubber as I watched the river fill with bobbing green hats as Glen’s wave was set off at 7pm. The all-female wave followed at 7.20pm with our pink swimming caps. We tapped our timing chips against a sensor to activate them as we jumped into the cool river. 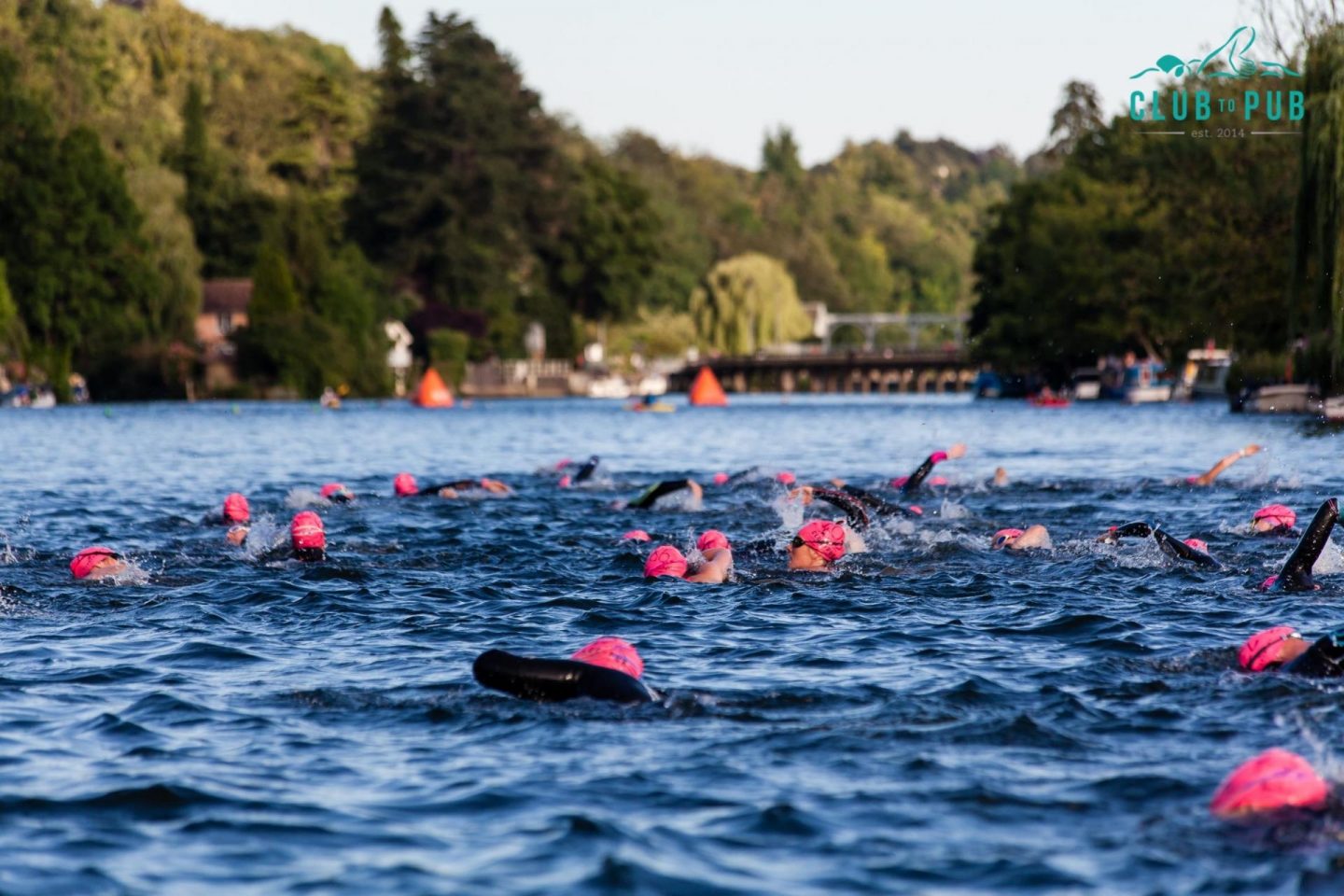 The first 400m of the swim was upstream working against the current, before turning at the buoys and gliding with the flow of the river for the last 1100m. There was a noticeable difference in the two sections of the swim- it was definitely more challenging swimming upstream! Even while waiting in the water for our wave to start, I struggled to stay in position as the current was pushing me backwards.

I found plenty of space around me in the water as we had the whole width of the river. Although around the turning point, it did become a little crowded with swimmers. I came in too close and head-butted the buoy!

The riversides were lined with spectators enjoying the evening sun. I could hear cheers of support as I turned my head to breathe. We were told to keep close to the riverbank, but I was conscious of not swimming too close to any boats or getting caught in the weeds.

As we swam under the finish line, we were told to reach up and tap our timing chip against it to record an accurate time. I floated towards the steps and climbed out of the river to receive my beer and medal. I was pleased to come in just under 30 minutes with a chip time of 29:48.

It was possible to take a ferry back to the rowing club to use the showers and changing rooms, but I decided to spend the rest of the evening at the pub watching the rest of the swimmers come in. Overall, a fantastic event which I thoroughly enjoyed.

Have you ever ended a race at the pub? What’s the best medal you’ve received?

You may also enjoy:

This site uses Akismet to reduce spam. Learn how your comment data is processed.